Find this article at:
go.ncsu.edu/readext?547471
— Written By Renee Strnad 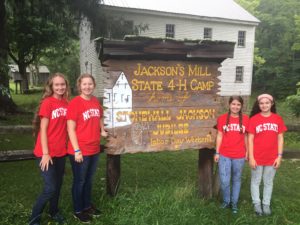 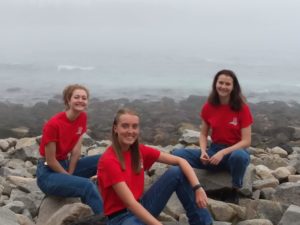 Eighteen states were represented at the National Wildlife Habitat Education Program (WHEP) Contest held at the Schoodic Institute in Acadia National Park in Maine. The national WHEP contest was held just a week prior to the forestry contest. Events include the wildlife challenge, wildlife management practices, written wildlife management plan, and the oral defense of the written plan. The North Carolina team, based in Union and Stanly counties, placed fourth overall. The team was coached by Felicia Martin.

To be selected to represent North Carolina at the national Forestry Invitational or the national WHEP Contest, teams must first compete at the state level contests, hosted by NC State University Extension Forestry, and have the highest score in the senior division. 4-Hers can only attend the national contest once, allowing many to share the experience of learning about a new environment and meeting 4-H members from across the country. If you are interested in learning more about either of these contests or how to sponsor 2019 teams, please contact Renee Strnad at renee_strnad@ncsu.edu. 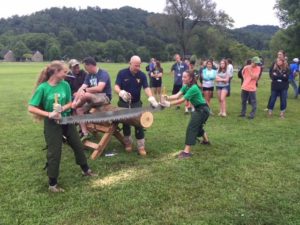 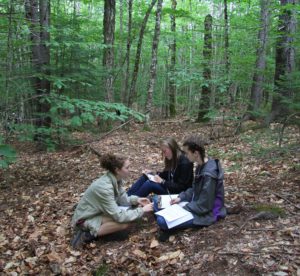 NC WHEP team members work on the written wildlife management plan during the 2018 national WHEP contest in Acadia National Park, Maine. The team writes the management plan together, but then each individual team member faces a panel of judges for the oral reasoning portion of the contest.