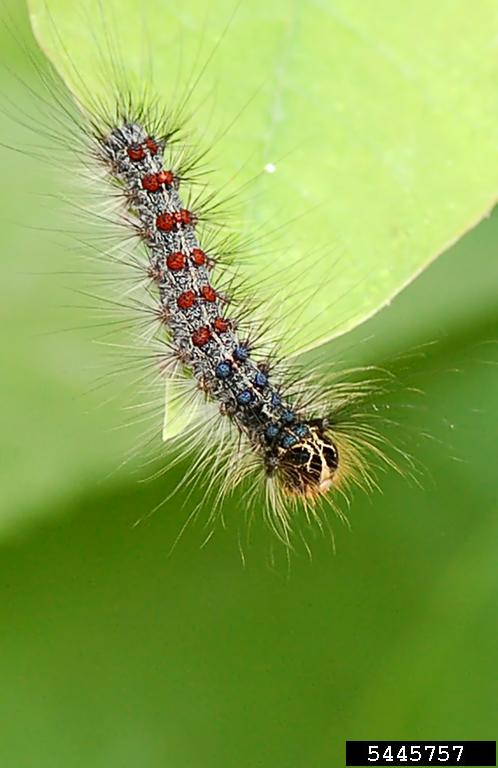 Lymantria dispar, an invasive pest that feeds on the leaves of many hardwood species, gets a new name. Image: Jon Yuschock, Bugwood.org

But did you know these common names aren’t simply adopted through frequent usage? In North America, common names for insects go through an application and approval process with the Entomological Society of America (ESA).

And last week, something major happened — for the first time ever, ESA rescinded two common names. Moving forward, the common names ‘gypsy moth’ and ‘gypsy ant’ are no longer acceptable because they contain a derogatory term to the Romani people.

“If people are feeling excluded because of what we call something, that’s not acceptable,” says Michelle Smith, ESA’s president. “We’re going to make changes to be a welcoming and inclusive society for all entomologists.”

These common names won’t be the last to be changed. Through the Better Common Names Project, ESA is asking entomologists to help identify and select new names for species currently referred to by common names that contain derogative or inappropriate terms.

So, until a new common name is determined, Lymantria dispar should be referred to as just that. That, or one of the 4-letter-words many of us have been wanting to call them this whole time.